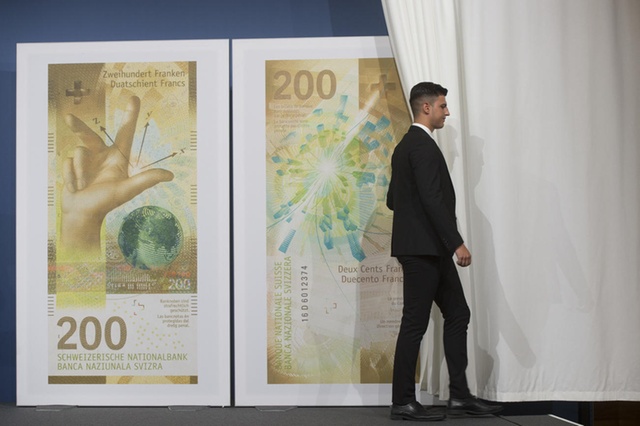 As Originally Published on swissinfo.ch

The Swiss stock exchange wants the country’s central bank to issue a form of cryptocurrency to settle payments on its new digital securities trading platform. If the Swiss National Bank (SNB) agrees, it would represent a departure from its cautious policy on digital currencies.

Stock exchange operator SIX Group revealed at the Crypto Valley Association conferenceexternal link that traders on its forthcoming SDX platform would be able to swap cash for a new digital token. This token would be used to pay for securities bought on the exchange and could be redeemed for cash when required. Digital tokens backed by conventional currencies are known as stablecoins because the peg reduces price volatility.

SIX, which is owned by a consortium of member banks, restricts access to its trading platforms to professional “qualified” investors. Its SDX platform, that will trade digital-only versions of stocks, bonds and other securities, is due to be unveiled early next year.

“SDX member banks will be able to settle their trades and other obligations against tokenised CHF within SDX once we are up and running. To facilitate this, SDX would accept CHF payments from member banks in central bank money and issue equivalent tokenised CHF in SDX. The value of tokenised CHF would be pegged 1:1 with CHF at all times. We most definitely favour a central bank issued stablecoin,” SIX said in an emailed statement.

An SNB representative confirmed to swissinfo that the central bank is holding talks with SIX “about different options on how to settle the cash side” of trades. But no final decision has been made.

Central banks in some other countries appear so far to have displayed greater interestexternal linkin the digital money question. In March, SNB board members Andréa Maechler and Thomas Moser asked the questionexternal link: “Should central banks offer a digital token for certain DLT [distributed ledger technology, such as blockchain] applications – such as securities settlement?” The answer was: “Innovation is important, but it must not come at the expense of stability or confidence in existing payment systems.”

The SNB is decidedly cool on the idea of issuing a digital form of the Swiss franc to the general public. But the proposed SDX stablecoin would apply to the “wholesale” market – banks making payments between each other.

For SIX Group and its member banks, the advantage of an SNB-issued stablecoin is clear. The involvement of the central bank would eliminate the risk of the pot of currencies underpinning the token going bust. Stablecoin holders would therefore be certain that when they want to cash out of the token, the cash will be there.

Erasing this counterparty risk for banks using the payment system would release them from the obligation of putting aside capital to cover potential defaults, SIX believes.