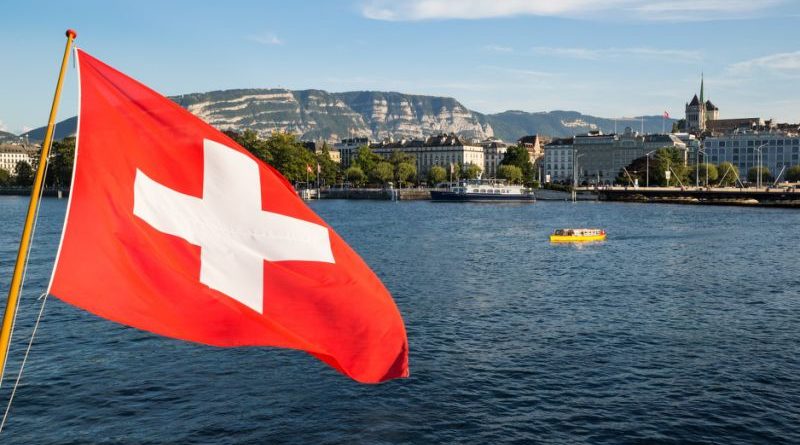 Revealed exclusively to CoinDesk, the Moscow Exchange Group subsidiary chose Switzerland as the jurisdiction to incorporate D3 (Decentralized Digital Depository), a project that’s been in the works since 2017.

Artem Duvanov, head of innovation and a director at NSD, said it picked Switzerland for its congenial regulatory environment and potential for market-making in digital assets.

SIX Stock Exchange May Issue Its Own Token, Says Exec

“In terms of laws, [Switzerland] allows the tokenization of at least some kind of securities. That’s the first thing. And it’s favorable for such things because there is market demand.”

At launch in June, D3 will track ownership of several assets: a security token representing unregistered shares in a small healthcare company; sora, a cryptocurrency developed by Japanese tech provider Soramitu; and the top two cryptocurrencies by market capitalization, bitcoin and ether, along with any ERC-20 token that runs on the ethereum blockchain.

In the case of bitcoin and ethererum, however, the assets will be depository notes, akin to the way depository receipts for foreign company stocks are traded on U.S. exchanges.

“When you say you have some bitcoins in our platform,” said Duvanov, “you actually have some depository receipts for bitcoins which are held by D3 ledger platform.”

This involves “freezing” bitcoins and ethereum tokens on the public networks using a multi-signature smart contract and then issuing rights to the tokens on the D3 network, which was built using Hyperledger Iroha, an implementation contributed to the Hyperledger consortium by Soramitsu.

According to Duvanov, the next step will be adding a reputable stablecoin to D3 to enable over-the-counter (OTC) crypto transactions without counterparty risk and delivery-versus-payment of securities trades, meaning both sides of a trade are completed simultaneously.

“We will include an established connection with some stablecoin, like Gemini coin or some coin backed by dollar or euro,” he said.

NSD, whose main business is acting as the back office for the Russian stock market, is following in the footsteps of another traditional financial market infrastructure (FMI) provider, Deutsche Börse, which also chose Switzerland to test-drive tokenization.

Notably, the parent of the Frankfurt Stock Exchange is working with Swiss government-backed Swisscom, the largest telco and major provider of banking infrastructure. Also included in the “Custodigit” group alongside Deutsche Börse are custody specialist Metaco; Sygnum, a Singapore-based fintech enabler; and Daura, a platform for digitizing Swiss shares of small companies.

In July of last year, SIX said SDX would be in operation in the second half of 2019, starting by tokenizing stocks and bonds and then moving on to explore digital versions of other physical assets like fine art.

SDX is also focusing on so-called security token offerings (STOs) with the exchange’s chairman suggesting SIX might even raise some funds itself via an STO.

Switzerland has something of a heritage when it comes to looking after assets in a secure and private manner. Indeed, the storing of cryptographic keys could be viewed as a return to secret numbered bank accounts, as one crypto custody provider quipped.

Not only are the declarations being made by SIX attracting other platform providers, but they may also be driving change in Swiss law, Duvanov suggested:

“There are some proposals for a new law which I think are driven by the SIX project. I am pretty sure because I see proposed changes which are meeting the requirements of SDX. I think the SDX project will drive changes in Swiss law and so everybody will follow.”

A spokesman for SIX said that the exchange “is in close contact with the relevant regulators. So I would not call it ‘driving changes in the law’ but rather being the sparring partner in order to help address issues/questions/challenges that must be considered and represented in a potential law.”

As such, it was “not an unexpected development” that others were coming to Switzerland to explore digital assets in a regulated manner, said the SIX spokesman. “The fact that more and more infrastructure providers are moving into this area confirms that we are on the right track.”