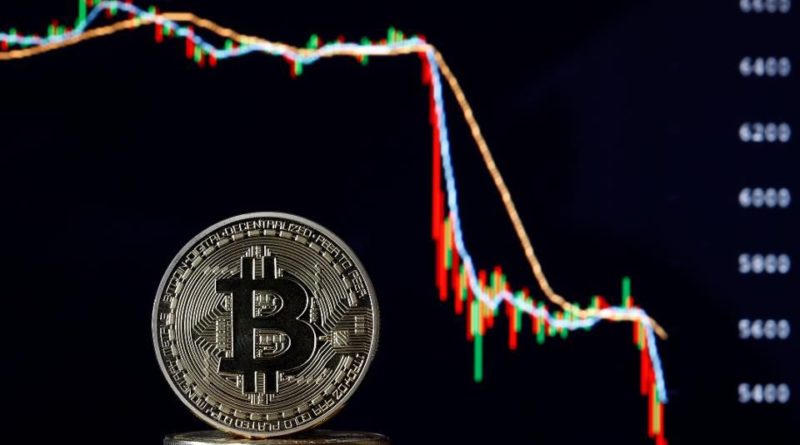 Bitcoin and other major cryptocurrencies have lost some $5 billion over the last 48 hours as a long-running bitcoin sell-off again bears down on the market.

But there is one bright spot of green in the now familiar sea of red: binance coin, the digital token from the world’s largest bitcoin exchange, has risen 16% over the same period and is up an eye-watering 120% since the beginning of the year, according to CoinMarketCap which tracks most major cryptocurrency prices.

Over recent days binance coin has surged past stellar and tron to become the eighth largest cryptocurrency by market capitalization, with a total value of $1.8 billion, up from just $800 million at the start of the year.

As binance coin has risen, the wider cryptocurrency market has struggled, trading more-or-less flat over the last few months. Bitcoin, still the largest cryptocurrency by some distance, has repeatedly tried to shake off the bears and move beyond $4,000 per coin over recent months only be swiftly knocked back.

The recent success of binance coin, which is still some way off its all-time high of $24 per coin, has been taken as a broad vote of confidence in the bitcoin and cryptocurrency market.

“Binance coin has been able to buck the crypto correlations principally because people buy it as a way of speculating on industry growth,” said Mati Greenspan, senior market analyst at brokerage eToro. “If the markets are moving it means people are trading, and Binance has a big share of those volumes.”

UNICEF Health Workers Are Fighting To Eliminate Ebola In The DRC

How This California Program Promises College Access To Students Behind Bars

Binance moved $20 billion worth of bitcoin between November 15 to December 15 last year, according to data from Chain Open Research, making it the world’s largest bitcoin and crypto exchange by volume, well above the likes of OKEX, Coinbase and Kraken.

Many crypto traders and investors are hoping developments slated for this year, including the closely-watched Bakkt bitcoin platform and institutional investment from the world’s biggest banks and financial services companies, will return the market to its heady days of late 2017.

It’s been a big year so far for Binance. Last month the Hong Kong-headquartered and Malta-registered company launched the testnet of its highly-anticipated decentralized exchange (DEX).

Some traders and investors prefer the idea of decentralized exchanges as they remove some security issues and dependence on one centralized company.

Following the launch of the decentralized exchange, Binance has announced a new incentive scheme to aid in its development. CZ offered $100,000 worth of binance coin as a reward for users testing the network.

The bitcoin sector is currently trapped in a long-running bear market, with some $400 billion in value wiped from the world’s cryptocurrencies over the past 12 months as adoption stalls and banks put closely-watched plans to wade into bitcoin and cryptocurrencies on hold.

Bitcoin’s epic 2017 bull run was largely put down to expectations institutional investment and big bank support for bitcoin would soon arrive. As 2018 dragged on and that investment failed to appear many investors and traders got cold feet, bailing out of their bitcoin and cryptocurrency positions.

Be among the first to get important crypto and blockchain news and information with Forbes Crypto Confidential. It’s free, sign up now.

Disclosure: I occasionally hold some small amount of bitcoin and other cryptocurrencies