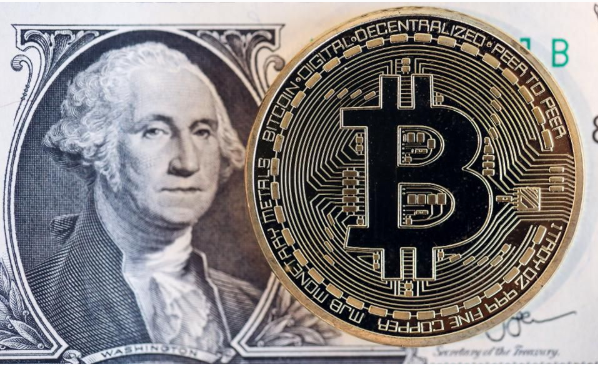 DALLAS, TX / ACCESSWIRE / May 1, 2019 / Whether you call them smart securities, digital securities or security tokens the post-ICO, compliant approach to blockchain-based venture fundraising is poised to unlock trillions of dollars of capital market value.

Recently, many of the nation’s leading firms like Bank of America (BAC), JP Morgan (JPM) and others have dived neck deep into the ICO capital markets.

“Cryptocurrencies are all the rage at the moment and are as much about blockchain as anything else but there could be an increasing desire for alternative medians of exchange in the years to come if we are correct.” Jim Reid, economist at Deutsche Bank (NYSE: DB)

For traditional companies, there are a few ways of going about raising funds necessary for development and expansion. A company can start small and grow as its profits allow, remaining beholden only to company owners but having to wait for funds to build up. Alternately, companies can look to outside investors for early support, providing them a quick influx of cash but typically coming with the trade-off of giving away a portion of ownership stake. Another method sees companies go public, earning funds from individual investors by selling shares through an Initial Public Offering (IPO).

At the forefront of the smart securities, revolution is Thomas Carter, a 30-year fintech innovator and CEO of DealBox, an innovative digital securities issuance and investment platform.

DealBox has gained attention lately with the creation of a feature-rich, and robust platform using a proprietary token technology built on the Stellar Lumens (XLM) blockchain protocol that meets all the SEC/Finra requirements.

DealBox gives issuers and investors a savvy approach to being first-in-line to the smart securities opportunity.

Thomas on the Recent Evolution of Capital Markets:

“The 2012 JOBS act enabled retail investors to begin participating in the growth of early-stage companies in a compliant way via crowdfunding and peer-to-peer lending.

2017 was the year of the ICO or Initial Coin Offering in which thousands of companies issued blockchain-based, “utility” tokens to raise capital.

What we are seeing now is that the regulatory framework is evolved and the infrastructure is evolved. For those who understand the new smart securities paradigm, it’s game on.

Going forward, in order for broader adoption to occur, educating the market on the advantages of smart securities is where the focus will need to be.”

A smart security is a blockchain-based digital ownership claim in an underlying asset such as real estate, private placements, equities, debt, and other instruments of intrinsic value.

The untapped value of the global private equity market for smart securities alone is estimated to be worth $70 trillion.

Smart securities are superior to traditional instruments in that they offer programmable functionality which eliminates back-office friction and costs.

There are several advantages to leveraging the new digital security token asset class:

The rub is that raising capital has never been easy and although all the pieces to the security token offering puzzle are now available they are not easily found all together in one solution.