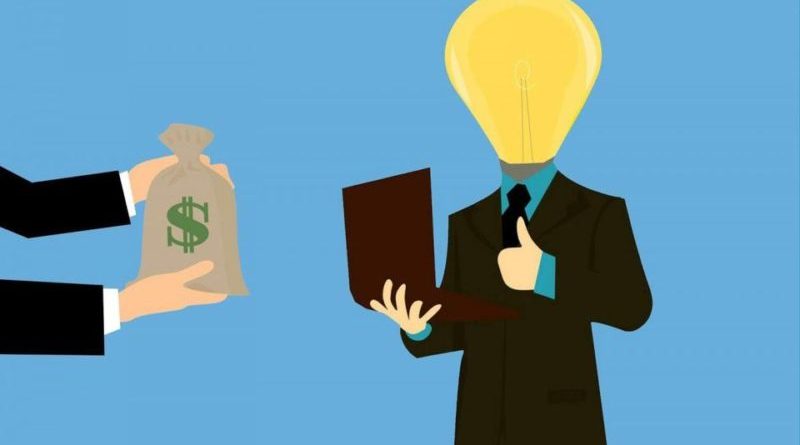 As originally posted on: forbes.com

This is the first of a two piece article series regarding Security Token Offerings (“STO”).  This first explains why STOs are becoming increasingly popular. The second will explain how to properly perform an STO.

2017 was the year of the initial coin offering, a new way for companies to raise money.  Since then, over $22 billion have been raised for companies of all sizes, from pre-product startups to companies with publicly traded equities on traditional stock markets.  This fundraising gold rush was partially fueled by the Bitcoin and Ether’s colossal rise, but also through the invention of a more liquid investment instrument.

Initial coin offerings (“ICO”) are based off the premise that a company, organization, non-profit or individual can create a digital representation of value, known as a token, and sell this representation anywhere in the world.  This token rests on a system called a blockchain, an immutable and globally accessible ledger. For those not in the know, blockchain first became popular as the technology that enables Bitcoin to exist. By having a token on a blockchain, the ICO token is easy to create, easy to store, and easy to send to anyone in the world. Initially, companies would sell the tokens, known as utility tokens, for the purpose of using their platform once it was built.  However, due to how liquid the tokens were, speculative secondary markets developed, allowing investors to purchase the tokens and then sell them for a higher price, often by orders of magnitudes.

Soon, companies would begin to focus their offerings on the investment aspect of the token as opposed to the utility aspect. As a result, whether intentional or not, security token offerings (“STO”) were born. While the change in focus lead to faster fundraising from a global market of cash rich investors, an investment focused offering, whether it be a physical paper contract or a tokenized one, turned a once unregulated form of raising money into a regulated one.

I spoke with Gordon Einstein, US lawyer, chief legal officer of Distributed Labs, and advisor to over 20 Blockchain companies, to learn more about the different kinds of tokens and token offerings.

A security, whether a blockchain-based token or not, is fundamentally an investment contract recognized by law, typically for either the preservation of capital or an expectation of return. For there to be a security contract, there must be an active counter party, such as a company issuing a stock. When people discuss security tokens, they are often referring to traditional securities like stocks and bonds, but tokenized on a blockchain for more liquidity and transparency. However, a pre-functional utility token sold to investors with the expectation of return is likely a security.

Security token offerings have not had the best history.  By the end of 2017, the United States Securities and Exchange Commission (“SEC”), made it very clear that pre-functional utility tokens sold with an expectation of profit was in fact a security offering.  This sparked the beginning of regulatory compliant STOs. In as early as 2018, my company Inwage worked on one of the first and largest compliant security token offerings: the $50MM Moria Token raise by GS Mining Company.

However, shortly afterwards, there was an issue.  Growing pressure from international securities regulators made it impossible for cryptocurrency exchanges to list security tokens, a non-issue for non-security tokens, such as traditional cryptocurrencies or utility tokens. The only secondary markets available to security token investors were decentralized and peer to peer exchanges, which are illiquid and have poor user experience. The result was a slow down in the ICO and STO markets.

But the infrastructure is now in place. tZero, the most well-funded and compliant US-based digital asset and digital securities exchange and subsidiary of public company, overstock.com, initiated secondary market trading for their first security token in January. They offered tZero security tokens, which raised $134MM in their initial STO, to other accredited investors through brokerage accounts at Dinosaur Financial Group, LLC. On the first day, the exchange performed 50 transactions.  Through a recent acquisition, they now have direct programmatic connections with over 150 different brokerages.

ICOrating.com shows that only $650MM have been raised by compliance STOs so far (although Moria Token is not listed). However, on the issuer side, there is still a lot of interest in running an STO.  About half of the companies I am personally advising are choosing to run compliant STOs as opposed to ICOs.

Why Do an STO?

I spoke with CEO of tZero Saum Noursalehi to learn more about the advantages of STOs. Simply put, he said that the

Compared to traditional security transactions, which have little transparency and take up to 3 days to settle, the benefits of a security tokens are the ability to make markets more accessible and transparent, to enable 24/7 instant trading, to apply liquidity in markets that traditionally are illiquid, and to gain access to new types of investors.

These assets can be coded for a lot more fine tuned customization.  From a compliance perspective, elements such as KYC and transaction limits can be built directly into the asset.  The security can also be broken down in various ways, such as having non-voting rights or paying out 10% of adjusted gross revenue to token holders as a dividend. The security could have a utility function as well.

By leveraging the flexibility of security tokens, companies are finding that different components of a company’s value can now become liquid, tradable and investable. A couple examples are United Cancer Centers (“UCC”) and the Torus project, both projects I am an advisor to.

United Cancer Centers is a new network of cancer clinics that leverages new Right-To-Try legislature to give patients access to potentially life saving drugs that are still in clinical development. Kenneth Webster, Esq, the CEO of UCC explains they are pursuing an STO because

We have interest in the concept of fractionating distribution based investment contracts. This allows for multiple investors to participate in a revenue share model, and the recent establishment of STO exchanges provide a platform to potentially liquidate these smart contracts in the near future.

With the application of Blockchain technology, we can expand our fundraising capabilities beyond a classic public offer within Europe to a larger group of investors, while offering revenue sharing options to token holders and potentially facilitate fast diffusion of invested funds by them

Despite the current bear market within the general cryptocurrency markets, Wagner explains that the STO markets still look strong.

First, he stated that “dividend payments are based on USD transactions within the UCC outpatient clinic network.” As a result, the value of the investment is independent from the ebb and flow of crypto markets. Second, he explained that his company “provides a hedge against the recent increase in volatility in the crypto markets in general” for existing crypto investors. Lastly, he revealed that investors are still very much interested in USD investments. Value from the STO comes from an “ability to automate and fractionate revenue sharing contracts.”

Investor interest is growing in STO, as they provide the liquidity benefits of cryptocurrency without the same risk profile.

Lambert Despaux, partner at Scheme investments, a Blockchain focused fund based in Malta, and ex-private equity analyst, agrees with Wagner.

One of the great ideas that emerged from the ICO bubble hype is security tokens. This is because of greater liquidity for all types of assets.  A great example is for assets that have high unit cost, which until then, were hard to reach. If we to invest into manhattan real estate, we would either be out of market because of high unit costs or have to invest in a Real Estate Investment Trust, which would commingle our portfolio with other assets. Digitalization of real estate is the opportunity to invest with fractional ownership. Through security tokens, we can own assets in a granular way and build portfolios that invest in very specific types of assets. This can be applied by investing into certain streets and neighborhoods or access to securities of small and medium sized businesses. This is why we intend to invest in companies building infrastructure dedicated to the issuance, digitalization and trade of security tokens.

With a transparent, globally connected market enabling instantly transferrable, liquid investment contracts for issuers and investors both, we may be seeing the creation of a new standard for public security offerings. The infrastructure is now in place, but the innovation of security tokens does not stop with just liquidity and revenue distribution models.

Security tokens will enable a vast new array of investment capabilities. Individual investors of certain security tokens could choose to sell off either a portion of their interest or the dividend portion of full equity in a secondary market. Brokers could bundle sets of voting security tokens and sell them into international markets.  A minimum accumulation of shares could give access to various system benefits or constitute as a membership to a club. Or even decentralized autonomous organizations, companies which exist entirely within smart contracts on a blockchain, could have governance mechanisms which include human shareholders coding voting preferences directly into the contract. The opportunities are only limited by the imagination.

Since 2013, I have been running Bitwage, the most popular payroll & invoicing solution built on top of Bitcoin, as founder & president. I write about entrepreneurship in blockchain.