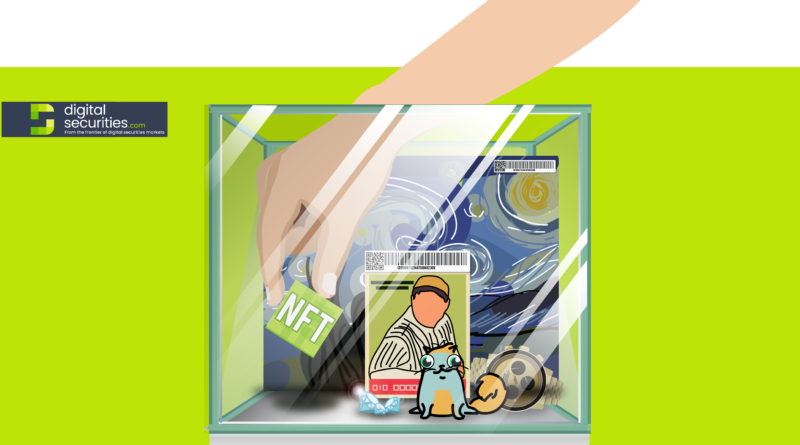 Most people familiar with cryptocurrencies know the names Bitcoin and Ethereum. These are
two iconic tokens that have come to represent the entire cryptocurrency space to the public, but that is
a very limited view. The cryptocurrency space is huge and has continued to grow – new types of tokens
and processes are constantly emerging, and most people may never hear of them. Among one of them
are tokens created under the ERC-721 standard, or Non-Fungible Tokens.

Non-Fungible Tokens (NFTs) are a type of cryptocurrency that has largely been ignored by the
general public, likely because it was first popularized through a digital game called Crypto Kitties. Crypto
Kitties is a collectors game built on the blockchain, where digital “cats” can be collected and no two are
similar. While the game did become wildly popular (topping over 12 million in sales volume within 12
months), it failed to catch the attention of more serious investors.

The potential for NFTs are much greater than a collectible game like Crypto Kitties suggests.
There are real-world applications and avenues to explore, but first, let’s define exactly what an NFT is.

To be fungible means an item can be freely replaced by another identical item. If Jane Doe holds
a single Bitcoin and she gives John Smith one Bitcoin, it doesn’t matter who had it first because all BTC is
identical. Same premise applies to currencies. If Jane Doe pays for a pair of shoes with a twenty-dollar
bill and then she later goes back for a refund, Jane does not expect to receive the same exact bill with
the same exact serial number. Any twenty-dollar bill will suffice, because individual bills are not unique.

When looking at cryptocurrencies, it’s clear that the majority of tokens are fungible, but this is
not a bad thing. Most cryptocurrencies made the conscious decision to be fungible because individual
tokens are a means to exchange value or pay for a service. To make each token slightly different (and
therefore have different values) would overly complicate. The fact each token has the same value goes a
long way towards promoting liquidity and ease of use. So why would a token want to be non-fungible?

The Allure of Collecting

At its core, anything non-fungible holds a certain allure to collectors and most people are
collectors in one way or another. An item that is non-fungible can only ever have one copy. When a
large enough group of people all desire the same thing, that thing becomes expensive very, very quickly.

Perhaps one of the greatest examples of collectors driving up the price of an everyday good is
Tulip Mania in 17th-century Holland. During this time, tulips were different from every other flower in
Europe – they were distinct, highly varied, and could be bred to display specific characteristics. Tulips
quickly turned into a status symbol and became a coveted luxury item. At the height of tulip craze, it
was possible to trade an exotic tulip bulb for an entire estate.

While Tulip Mania has long since passed, there are still collectible markets that have been active

for decades or centuries. Look at art, for example. The world’s art market size is over $40 billion. No two
pieces of art are the exact same and some pieces of art have become incredibly coveted. Even though
artwork does not give any real benefits (other than looking pretty or commanding prestige), it still has a
market size that dwarfs small nations.

And that’s just the market for art. There are collector’s market for all sorts items: such as rare
coins, the perfect walnut, and even digital goods. One part of NFT’s potential lies in the fact that that
any and all of coveted collectibles can be linked to a digital token.

The Future of NFTs is Not Just Trends

However, the potential of NFT’s is not just defined by capturing trendy collectables, there are
more practical applications too. Land and real estate are examples of non-fungible assets that are
bought and sold every day – and they are already being brought online via blockchains today. Because
ownership of certain plots of land have inherent value based off of location, linking that ownership to a
digital token transfers that desirability to the token as well – all the while opening up that plot of land to
a much more efficient marketplace.

The same holds true for real estate or even raw coffee. The potential for NFT’s lies in being able

to tokenize everyday items. The only drawback here is the cost to implement the process of tokenizing,
but that is already a process being tackled by startups such as OpenLaw, which has been exploring using
NFT’s to help facilitate transfers of real estate and land on the blockchain.

NFT’s on the blockchain allow for ownership of digital and real-world scarce items – and there is
undeniable potential. There is already precedent in linking NFT’s to digital art and other digital assets,
but much of this is largely useless. The more productive use of NFTs is the tokenization of physical assets
such as actual artwork, real estate, or land – creating a new avenue for both buyers and sellers of these
assets to pursue. The gradual tokenization of more valuable physical assets has already begun, but lies
largely outside the public eye due to NFT’s flying under the radar.