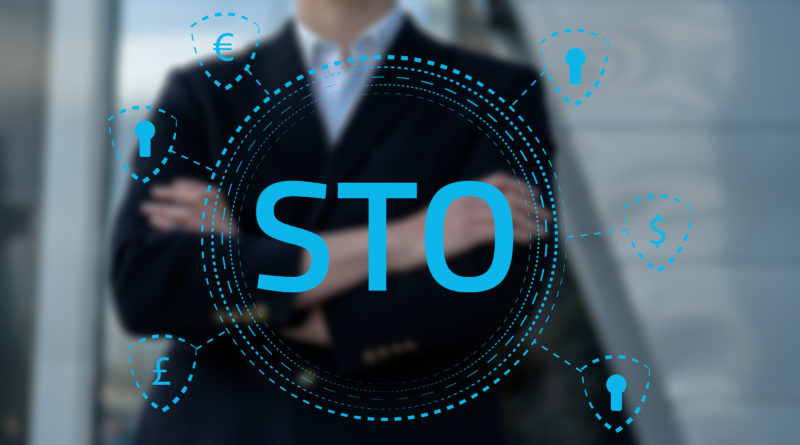 As Originally Published on ccn.com

The world of startup financing took a major turn in 2017 as initial coin offerings (ICOs) burst onto the scene. In 2017 and 2018, more than $14 billion flowed into blockchain projects as investors looked to capitalize on crypto euphoria and the low barriers to entry made possible by the ICO funding model.

It has been less than a year since the market for ICOs went bust, but the impact of the new crowdfunding model will endure for many years to come as startups look to tokenize real assets and leverage the power of the crowd to finance their next major project. But in order to do so, these companies must follow standard securitization practices laid out by the U.S. Securities and Exchange Commission (SEC), which has deemed all crypto assets, except bitcoin and Ethereum, to be securities. At least, this is the case for projects seeking exposure to U.S. markets.

The SEC’s position on ICOs doesn’t differentiate between so-called utility tokens and security tokens. For all intents and purposes, new token offerings must comply with federal securities laws. Naturally, this has given rise to a new paradigm: the security token offering (STO). What is the difference between an ICO and an STO? Image from Shutterstock.

While the SEC at times has been ambiguous about how it plans to regulate ICOs, securities that fall under its purview are governed by well-defined laws. This same principle extends to tokens that the SEC deems to be securities. These are the so-called “security tokens” that everyone has been talking about. A “security token” actually isn’t a universal definition, but a standard classification used by U.S. regulators when dealing with token projects that have the characteristics of a security.

A security token is any cryptocurrency that pays dividends, profits, shares or interest or invests in any other asset that also generates profits. Although some ICOs have attempted to circumnavigate this definition, the SEC uses the so-called Howey Test to determine if an asset meets the definition of a security. According to the Howey Test, a cryptocurrency token is a security if it invests in money, invests in a common enterprise or expects to make a profit from the effort of others.

STO VS ICO: THE MAIN DIFFERENCES

Unlike an ICO, a security token is essentially an investment contract into an underlying asset; it has all the attributes of a security in that it is a fungible, negotiable financial instrument that represents actual monetary value. STOs are backed by real assets and follow the SEC’s guidance on compliance, issuance, and trading.

An ICO, on the other hand, technically has no collateral. Issuers tried to circumvent regulatory requirements by claiming their tokens were a utility as opposed to a security (as we mentioned earlier, the SEC doesn’t buy that argument). An STO is neither an ICO nor an initial public offering a la stocks; rather, it overlaps both fundraising models.

During the evolution of the ICO market, the blockchain industry developed the Simple Agreement for Future Token (SAFT) framework, which ensured that “security tokens” were only sold to accredited investors. SAFT was designed to simplify investor verification and accreditation. However, the model was short-lived as the tokenization landscape continued to evolve. When the market went bust, SAFT wasn’t really needed anymore.

Investing in utility tokens did not require any accreditation, which is part of the reason they were so popular. That meant virtually anyone could participate in the sale of a utility token, provided they register in advance of the sale (i.e., whitelist) and meet the minimum investment requirements.

Over a two-year period, Hacked.com evaluated 474 ICOs on the basis of tokenomics, team, market opportunity, and risks. For a full breakdown of these projects, visit the website’s ICO Analysis section. The last project that was evaluated and scored was BitTorrent Token.

The following chart highlights the ICO boom that began in spring 2017: And this chart shows the bursting of the ICO bubble in 2018: The ICO market has seen the last of its glory days. A total of 1,258 blockchain projects raised $7.8 billion in 2018, with the bulk of the funding coming through the first two quarters. By Q3, the market was already beginning to dry up. | Source: ICOData.io.

When a company wants to issue a security token giving investors a stake in its enterprise, it must seek out the support of the following players:

From the perspective of investors, an STO has several advantages over the preceding ICO funding model. Firstly, STOs are lower-risk investments because they are enforced by federal regulation. In the United States, this means they have to meet SEC requirements around transparency. At the same time, the STO still retains many of the benefits of an ICO, including lower costs and ease of access. And because they are regulated, STOs could potentially open the door to institutional investors who otherwise wouldn’t have invested in the previous iteration of the token sale.

A regulatory framework also means that investors can worry less about scams and fraudulent projects that inflicted damage on the ICO market. At one point, it was estimated that 4/5 ICOs conducted in 2017 were in fact scams.

When collateralized assets are tokenized, they allow for fractional ownership of real assets, which gives investors more options to diversify their portfolios – again, at a lower cost. This means STOs will continue to offer opportunities to smaller investors who were originally drawn to the ICO model.

“So, what’s the big deal behind tokenization? We’re not referring to any one particular company or asset but the concept of transforming real-world assets into digital tokens. This process extends far beyond what initial coin offerings and blockchain startups are doing but for investors, this domain might be the best place to start. Platforms and service providers that allow you to invest in real assets through a tokenized share and track the performance of your profit are the most likely to offer value.” – Hacked.com (March 27, 2019).

Although regulation is considered advantageous from the perspective of investors, compliance is relatively complex for token issuers. That largely explains why the STO market has been much slower to launch than its predecessor. In fact, during the ICO boom, many blockchain companies refused to sell their tokens in the United States due to complex regulations and the need to identify as a security token.

The hold up is also due to a lack of appropriate exchanges to facilitate security token offerings. Overstock’s tZERO, arguably the most closely-watched token platform, officially launched in January to accredited investors but this doesn’t seem to have created a strong STO pipeline just yet. STO trading platforms like tZero will play a significant role in how the market for security tokens evolves. | Image: Shutterstock.

At the same time, major exchanges like Binance have yet to say whether they will support security tokens. This means STOs are still a relative niche product. This is further amplified by the fact that many countries have outright banned STO trading, including current and former crypto hotbeds like South Korea and China.

10 REASONS WHY STOS COULD CHANGE THE CRYPTO MARKETS

Taking into account the market’s appetite for high-quality, compliant cryptocurrencies, there’s a strong reason to believe that the STO model will have a lasting impact on the blockchain ecosystem. Below are ten reasons why STOs may in fact change the dynamics of the crypto industry as a whole.

STOs that follow federal guidelines and are approved by the SEC should gain instant credibility, taking much of the grunt work out of evaluating projects. This means investors can spend less time researching project members’ LinkedIn profiles to prove they are legit and spend more time evaluating the merits of the actual business model.

Increased regulation and credibility will put an end to much of the stigma surrounding cryptocurrencies among traditional investors. This could enrich the ecosystem with new capital and market players. Investors who are banking on greater institutional adoption should look beyond just bitcoin futures and custody services and toward STOs.

One of the most attractive features of ICOs was the low barrier to entry relative to other capital markets. STOs could take micro-investing mainstream and allow more people to participate in startup ventures that were previously restricted to accredited investors and venture capitalists.

Platforms like tZero are working to ensure that STOs have a regulated venue for trading. This means cryptocurrencies will be traded as securities, giving investors ownership, voting and asset allocation rights. This may open the door to STOs one day being included in tax-free savings and retirement accounts.

Whereas so-called “utility tokens” were meant to give investors future access to a product or service, a security token represents actual ownership of an underlying asset. If you invest in a real estate STO, your holdings represent actual shares in physical property rather than an IOU for a future date.

Security tokens are programmable by nature, which means compliance protocols can be embedded into the actual asset and amended over time. This also means there’s no limit to the types of rules and systems that a security token can bring to the table. The ICO model didn’t have this level of sophistication.

Whereas most ICOs have either gone bust or are in the process of going out of business, the early track record for STOs has been overwhelmingly positive. According to one estimate, STOs currently have a success rate of 99%. Whereas ICOs merely sold their whitepaper, STOs are more likely to have something real to offer. Most ICOs merely sold a pipe dream.

8. LOW FEES ARE HERE TO STAY

Blockchain technology has reduced the need for an expensive middleman and has passed on those savings to investors. The emergence of low-fee investing will only strengthen under the STO model given its programmable compliance and ownership features.

As the SEC has already noted, regulation impacting security token offerings have no bearing on assets that are “sufficiently decentralized,” such as bitcoin and Ethereum. Decentralized money is here to stay, except now the stigma associated with cryptocurrency and digital assets go away.

A regulated ecosystem for tokenization will likely open the door to greater adoption and, ultimately, new innovations in the blockchain arena. A more innovative environment means more investment opportunities and wealth creation. This trend is already well underway as startups and institutions continue to utilize decentralized ledgers.

The ICO boom may be long gone, but the age of tokenization has only just begun. According to digital asset banker Finoa, tokenization has the potential to do to ownership rights what digitization did to media. This new paradigm will impact everything from standard issuing products like stocks and bonds to smaller and more illiquid assets like business shares and real estate.

For these reasons, there’s a lot to be bullish about when it comes to security token offerings. A current reading of the market suggests demand and adoption will be slower to materialize given that regulatory standards have only just been applied and implemented. But the launch of tZero and the growing appetite for blockchain-based projects means STOs are a potentially future-proof asset class.