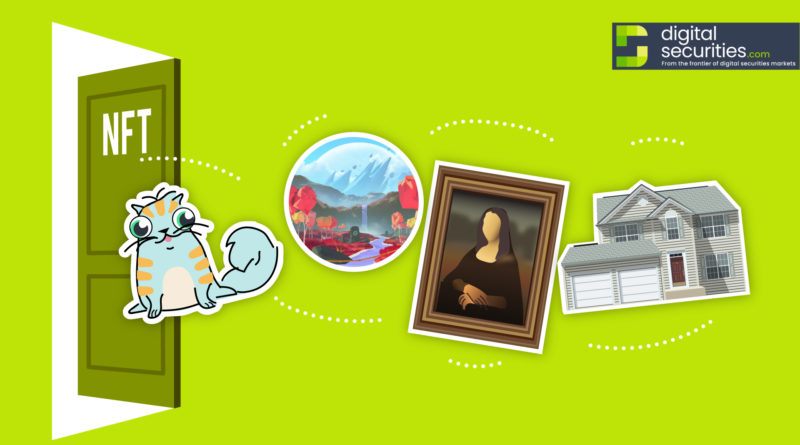 This is a follow-up piece to an overview of Non-Fungible tokens (NTF). If you are not familiar
with NFT’s, give that article a read first.

The Early Stages of NTF’s

Non-Fungible Tokens first burst into the public through the blockchain-backed game
CryptoKitties, where players buy and collect virtual cats. Each cat is entirely unique, and there is a
secondary market between players to sell their kitties for unspecified amounts of money based off of
rarity and demand.

The early stage of NTF captured the attention and obsession of hardcore collectors, causing
unique CryptoKitties to become coveted luxury items. Some of the virtual cats sold for thousands of
dollars, including one bought for $170k, causing the CryptoKitties-focused public to pursue the
possibilities of tokenizing digital assets. However, developments in NFT’s have been largely eclipsed by
other news in the space.

The Spread of Tokenizing Digital Assets

CryptoKitties is just an example of how NFT’s can be used, but the game also signals how
tokenizing digital assets is the first step towards more widespread adoption. Following CryptoKitties’
success, a virtual reality world called Decentraland was developed. The premise behind Decentraland is
a virtual reality world that allows users to buy virtual plots of land, where ownership is tied to an NTF.
There is a finite amount of land available in Decentraland and each plot is unique. The draw for the
virtual reality world is that it allows users to build up their land however they please – which can include
making digital stores, applications, or even gambling services. However, the benefits of tokenizing digital
assets are not just specific to one platform or one game.

The implications for NFT’s are huge for applications that are asset-hungry, such as video games.
The technology opens the door for assets customized by the player (characters, vehicles, music) to last
longer than just the shelf life of a single game. NFT’s provides an opportunity for a player’s individualized
and tokenized creations to move seamlessly between games. It would also give players a chance to buy,
sell, or trade tokenized digital assets in a secondary marketplace as well. While the premise behind
moving customized video game assets may seem small, it’s important to remember that it’s an industry
worth $140 billion – and it’s still growing. The idea of transferable assets via NFT’s already has solid
backing behind from the Blockchain Game Alliance, which includes one of the largest enterprises in the
space: Ubisoft.

The Movement Towards Tokenizing Tangible Assets

The above examples have been largely trivial in terms of real-world, non-entertainment
implications. However, there are potential use cases for NFT’s that go far beyond just digital assets. Imagine everything that you own that has only one original copy. This could be artwork you own, your keys, real estate, or even your government ID.

There are a mind-bogglingly huge number of use cases for NFT’s and not all of them are
immediately obvious. Real estate and land deeds are some of the first things that comes to mind, as
both are inherently non-fungible items. Every building and plot of land is unique; there are no two that
are alike. This means that these assets can be tokenized. In fact, there are already strides by OpenLaw
towards using NFT’s to tokenize the legal process of real estate transactions in Australia, in order to
facilitate a much more efficient process.

It is not just tangible, physical items that can be tokenized. Software licenses, paperwork, or any
proof of ownership can be brought onto the blockchain using NFT’s too. The benefits are enormous.
NFT’s present a singular way to manage and consolidate all sorts of contracts or paperwork that is
typically hindered by a bureaucratic process. In terms of software licenses, it also creates an immutable
record that tracks whether or not somebody truly owns something – there is no way to fake ownership
on a blockchain. This has drastic implications for cutting down on software piracy.

Appointments or right of access can also be tokenized. An NFT-based startup called MeetETH is
attempting to revolutionize the way appointments can be scheduled by bypassing the need for a human
element and creating an online marketplace. It creates a tokenized calendar where other users can
create tokenized reservations on that calendar. This tokenization of “access for a period for time” can be
used for medical appointments, but also short-term rental properties, for example. This allows for a
much more efficient scheduling process – reducing engineering work, increases liquidity, and lowers
cost to run.

When looking at NFT’s from a high level, it seems as if almost anything unique can be tokenized.
And it’s true – as long as there is a reasonable demand for something, whether it be a plot of land or an
appointment time slot with a dentist, that asset could be tokenized. That is certainly the mindset of 0x, a
startup that is literally trying to tokenize the world. They are doing so by offering a protocol built on top
of Ethereum that facilitates the tokenization of nearly any type of asset – including academic
credentials, birth certificates, and even identities.

A Future of Efficiency

When the ERC-721 standard was first developed for NFT’s, people questioned the use cases that
the token type would apply to. While the most obvious use cases such as tokenizing digital assets or
certain physical assets have already been tackled, there is still tremendous potential for further
implementation. As more practical uses of blockchain technology are emerging and becoming
mainstream, it becomes more and more likely that NFT’s will be adopted not just by everyday users, but
also by industries.