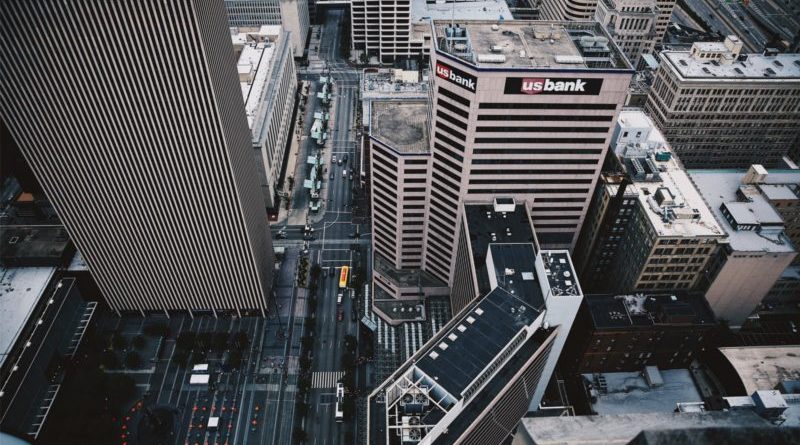 As Originally published on: medium.com

The Holy Grail for the financial industry is enabling access to capital for the more than five million small businesses that operate in the United States. Venture capital and banks only give money to a small fraction of companies, and it’s no secret that the recipients of that capital are not exactly diverse. Much too long have gender, race, age, and geography biases shut down opportunities for entrepreneurs.

With the advent of cryptocurrency’s explosion, it is now possible to fix this once and for all and bring access to capital to the small businesses that are the backbone of the US economy. The doors to capital open for these small businesses when the securities marketplace merges the JOBS Act with cryptocurrencies. This merger is a perfect storm in which two massive disruptors come together to solve a problem no one knew how to tackle.

When Bitcoin was quietly announced in October 2008 in a white paper by the anonymous Satoshi Nakamoto, it was positioned as an alternative to our old central and government managed banking system. Perhaps this idea of decentralization was in response to the December 2007 Great Recession, or perhaps not.

Bitcoin was released a year later, and at the time it was a currency for cryptographers and software developers to play with. A reactionary and idealistic revolution whose goal was to take power from institutions and spread that power across individuals. A decentralized society, a type of idealized democracy, where no one person has more control than another.

If the future of Bitcoin was unclear when it was little more than a decentralized experiment, it is now apparent that the cryptocurrency is a global sensation, breaking down geographic and access barriers to a degree that has never been seen in money’s history. Not even the creation of fiat (as opposed to gold- or commodity-backed currencies) did as much to enable liquidity and trade on a global scale.

Removing governments and centralized points of control (banks and other financial middlemen), Bitcoin created a secure and easy way to move value with a trustless public ledger technology named blockchain. These transactions are frictionless and much faster than mailing a check or even a wire, though as blockchains scale, we are now confronting issues of excessive energy consumption. Yet despite the problems, tens of millions of Bitcoin addresses are in existence, and I’ve no doubt that there are millions more to come this year.

From one coin to many

With Bitcoin’s rising trading price, entrepreneurs took note and created more cryptocurrencies to capitalize on Bitcoin’s success, among them Litecoin, Zcash, Monero and Bitcoin Cash. These offshoots each brought something new to the table, and in some ways are just as impressive as Bitcoin.

Why did this explosion of currencies matter? It showed that investors cared about liquidity. In the beginning of 2017, Bitcoin alone was trading at volumes of $260M per day — keep in mind that this was before the popularity explosion in late 2017 when trading volume in the total cryptocurrency market hit $50B per day in December 2017.

Alongside the creation of these currencies, 2017 saw Initial Coin Offerings, or ICOs, become popularized and part of the crypto conversation (though it’s worth noting that the first ever ICO was Mastercoin’s in 2013).

Unlike Bitcoin, which was mined and not sold, companies sold over $8B in tokens that they dreamed up and built on new blockchain decentralized applications. These tokens were called “utility tokens” and proved to be an incredibly useful fundraising tool.

Raising money to build a platform that will ultimately need network effects and a group of users to succeed? Knock out two birds with one stone and do an ICO. Raise capital through the sale of your token that buyers can later use on your platform. It’s perfect. Almost too good to be true. That’s because it is.

As it turns out, the vast majority of these ICOs sold securities, not utilities, and in the US there are securities laws that must be followed. These ICOs did not comply with those laws, which require companies to either register their offering with the SEC or seek an approved exemption.

As the demand for ICOs continued to grow,the SEC struck back with dozens of inquiries, subpoenas and enforcement actions. Then the State Administrators in Texas and New York piled in with cease and desist orders and inquiries of their own, leaving companies and investors wondering, where do we go from here?

The creation of equity crowdfunding

The second arm of this perfect storm began with the signing of the JOBS ACT in April of 2012. This groundbreaking new legislation was signed quietly without much fanfare. It was an attempt to modernize finance with three major amendments to the Securities Act of 1933.

No one in the financial services marketplace paid attention to it. Big mistake. The JOBS ACT enables companies to raise money directly from main street investors cost effectively, meaning that companies no longer need to look at banks, VCs and accredited investor communities for capital. They can go to the crowd.

For the first time in 80 years, the ordinary investor can buy shares in the next groundbreaking startup. This should have sent shock waves through the finance world because millions of small businesses now have a chance to raise capital needed for growth. The large investment banks do not work with any company raising less than hundreds of millions of dollars, and the mid level banks generally require multiple million dollar raises to strike their interest. Small businesses looking to raise less than that get no attention without finding an angel.

Of course, there are venture capitalists and angel investors that look for these smaller deals, but they only cater to tens of thousands companies a year, not hundreds of thousands or even millions. With the new rule 506(c) of Regulation D, where accredited investors can be publicly solicited, Regulation A+, which permits companies to raise up to $50M from the general public, and Regulation Crowdfunding, a low-cost alternative to raise up to $1.07M from the crowd, finance has been upgraded forever.

Utilizing cryptocurrencies and one of the JOBS Act exemptions, shares can be issued by companies, and by using the blockchain, those shares can be tokenized. Each company can have its own cryptocurrency and allow that currency to be traded on Alternative Trading Systems (ATS) and on registered exchanges. This is in itself a revolution where investors in privately held companies can get liquidity and get that liquidity very quickly. Traditionally, investors in early-stage companies don’t see liquidity for 5–7 years, if it all. Yet without the blockchain, this liquidity would not be cost effective.

The best way to explain how shares can become tokens is to look at how Ethereum, one of the most popular blockchain platforms, works. Where Bitcoin and other currencies are mainly used to store value and transfer that value from one person to another without any further customization, Ethereum introduced smart contracts. The Ethereum blockchain allows companies and people to easily create smart contracts to perform complex financial and commercial tasks. The most popular smart contract is ERC-20, which permits a company to very quickly program their own cryptocurrency.

The flaws in the current system

Trading shares has always been slow and expensive. In the past, investors would pay a hefty commission to execute a small trade. Later, discount brokers, such as Charles Schwab, came in and lowered the costs for buying and selling shares with fixed fees.

Then came online trading firms, such as eTrade, which drove down the costs associated with fees even more. Finally, the Robinhood mobile app made trading shares free. The direction of the trend is apparent, yet nevertheless, the bigger issue was still not solved.

Under 4,000 US companies are publicly traded on the NYSE, NASDAQ and other exchanges, and the number of public companies in the US trading on those exchanges has been declining significantly. In fact, there are half as many public companies than there were in the mid-1990s.

The number of IPOs is declining because the system isn’t efficient. It’s expensive to go public as a company, and the massive companies that inevitably do go public have already experienced most of their growth. Sure, you have giant companies like Apple and Amazon that creep up year after year, but the 10x, 100x, or even 1000x returns? Those have already happened.

Combine the expenses of taking a company public with the costs of trading public stock, and you’ve created a marketplace that isn’t supportive of liquidity and one that is shrinking as a result.

What does liquidity have to do with this? It drives investor interest, which in turn will drive up the value of companies. The thousands of cryptocurrencies out there have proven how valuable liquidity is, and that investors are willing to buy a digital asset that they can trade at will. If companies tokenize their securities, investors will be able to trade those tokens immediately or after a one-year lock, depending on the exemption used. Even 1 year is far better than the 5–7 year average for private equity investments.

With the JOBS Act and cryptocurrencies, a new class of shares can be traded cost-effectively through small broker-dealers using an ATS and registered exchanges. This new market bypasses the very expensive exchanges and investment banks that are constantly raising the entry bar for businesses.

The future for raising capital is bright for small companies and startups. With liquidity, nirvana is near.