Market watchers have watched with concern as the United States and China have continued waging their tit-for-tat trade war. Both sides continue to impose tariffs on each other, sending their respective economies into a downward spiral. Concerned market watchers have been keeping an eye on the rippling effects of the trade war on the stock market. Many held the hope that the trade war’s effects were just temporary, but that glimmer of hope is changing as more and more negative indicators come to light. In particular, the strength of the US dollar is being threatened, which has led to many people hedging their investments in cryptocurrency.

High-Level Drivers of the Global Economy

Let’s take a quick step back and examine some of the high-level forces behind global trade. Most countries have an economy that is closely linked with other countries. This can manifest in the import and export of goods, services rendered, and foreign currency reserves.

Large companies rarely operate solely in just a single country; they instead have operations spread all over the globe.

For example, Apple’s global operations include its contracts with Chinese factories, Ireland-based holding companies, and US-based headquarters. Disruption in a country where Apple has key business segments means Apple has to move out of the country or eat the growing costs. Apple would not be alone in this situation, as other multinational companies in the same region have to face the same problem. This issue has never been more evident today, as economic powerhouses, China and the US continue to lock horns by escalating the cost to do business in either country.

Another backbone of the global economy is the US dollar since it is the most used currency for global trade. America continues to invest in its currency so that it can remain the global medium global business is conducted with. The dollar makes up 61% of all known central bank’s foreign exchange reserves, while only 20% of foreign exchange reserves are made up of the Euro. During the 2008 financial crisis, the dollar stayed remarkably strong when compared with the global stock market, which made it an attractive hedge against stock market performance.

The trade war between the US and China has caused global stock markets to drop, but recent negative signals hint towards a much more permanent decline. China allowed the yuan to break through the 7-per-dollar level for the first time since 2008, leading investors to think China is manipulating currency markets. The yield curve on US bonds has inverted, signaling that investors are far less optimistic for long-term economic growth than ever before. Finally, the fiscal levers that have been employed by the Federal Reserve have failed to affect markets, meaning the government is navigating foreign ground.

All of these indicators paint a grim picture for the US economy, and by extension, the global economy. A US recession would have dire implications for countries all around the world — which was seen in 2008 during the mortgage crisis.

An Opportunity for Cryptocurrency

The dire economic signals seem grim, but it has proven to be an opportunity for cryptocurrency as a whole. Much like gold, cryptocurrencies as a whole have long been seen as a hedge against global stock and equity markets. This means if the economy were to collapse within the next few years, then cryptocurrency’s value would shoot through the roof much like the price of gold post-2008.

But it’s important to realize that cryptocurrencies are more than just another asset class. It’s a part of blockchain technology — a foolproof way of completing transactions that’s immune to fraudulent transactions. The technology represents a far cheaper and more efficient way of cataloging transactions, making cross-border payments, and preventing theft.

The good news is that cryptocurrency is slowly becoming more mainstream, with major companies such as Microsoft, Facebook, and Fidelity leading projects around the space. However, even with billions of institutional money flowing into cryptocurrency, there are still challenges with widespread adoption. It doesn’t matter if blockchain technology can radically improve payment solutions if consumers don’t use it.

Fears of a global recession push people to find ways to preserve their capital. The fact that cryptocurrency is one of those routes will drive an initial wave of people into the space, maybe to stay for good. As of today, there is no single cryptocurrency that has taken a currency-like role for transactions — it’s still a very fragmented market.

The bad news is that the schism has the potential to deepen — especially when it comes to China. China has repeatedly stated that the country is developing its own cryptocurrency and is looking into banning crypto mining. Add in the fact that Facebook – who has the most potential for making cryptocurrency a mainstream payment solution — is banned in China, it is entirely possible that cryptocurrency can resemble how fiat currencies function today. 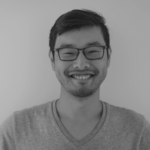