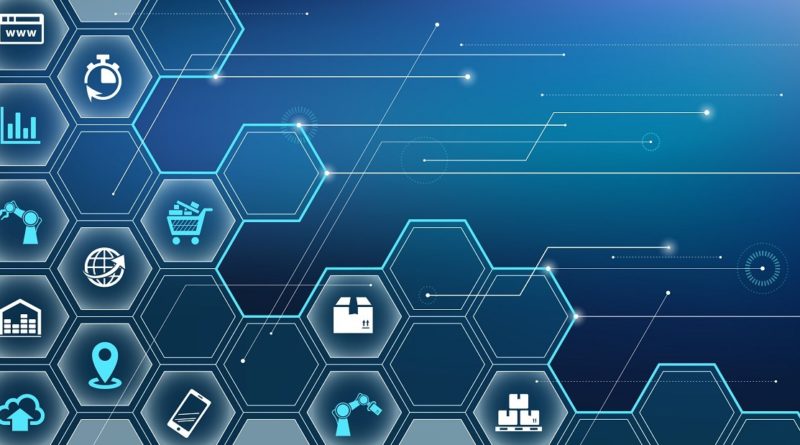 Since crypto is a growing industry, there still are a lot of words and concepts that are unclear to a large audience. In fact, many users struggle due to the presence of confusing jargon.

It’s important that you are well aware of all the terms used in the industry if you want to be the master of cryptos. Today, we are going to talk about security tokens and tokenized securities.

As confusing as may sound, both the terms refer to two very different concepts. I have read a lot of articles and news pieces regarding security tokens. From my understanding, the term refers to a wide variety of assets based on blockchain.

A consultation paper published by the Financial Conduct Authority in the UK verified the meaning of the term. The paper mainly discussed the regulation and classification of crypto assets defined ‘security token’ as a recognized investment or asset concept.

Now that the meaning of security token is clear, we need to move to tokenized securities. A lot of people believe these terms are interchangeable when in reality they are not.

They refer to two different concepts and using one in place of another can lead to confusion. They imply different regulations, investors, and constructs. Hence, it is important to be aware of the difference between the two so you make no mistakes in using the right term.

The difference doesn’t lie in grammar. It may look like a shift from active to passive but there’s more here.

Security Token: In this phrase, “security” is the adjective and “token” is the noun. It refers to a new technology that shares some qualities with traditional securities.

Technology is the main focus in this case. Not all tokens are referred to as securities. In fact, regulators appear to be confused about the classification of some new tokens due to their novel concepts.

If it pays dividend then it’s considered a security. A security token does not necessarily have a utility. It offers tangible benefits and represents a share in the company behind the token. This is why security tokens are also known as equity tokens.

Moreover, security tokens are different from utility tokens. They are either filed under an exemption or registered with an authority. Due to this, security tokens can be used outside of blockchain projects.

Tokenized Security: In this phrase, “token” is an adjective, whereas “security” is the noun. It refers to a traditional security or asset that comes wrapped in the latest technology.

All tokens are considered securities in this case. They work quite like off-blockchain assets but use a different set of technology to work.

Here, the main focus is on ‘use case’ and not the technology used. This is why such tokens are easy to regulate.

After all, it is easy to understand and categorize a traditional security that’s traded differently.

Given the huge difference between the two, it would not be fair to confuse the names.

The Security and Exchange Commission (SEC) regulates security tokens. However, the relationship between the SEC and digital coins seems to be a bit confusing.

A transaction will be considered a security if:

The situation became clear in 2016 when Ethereum lost about half its value due to a major hack. This caused a sit in the industry, forcing the SEC to think about the future of digital tokens.

Last year, the SEC sent a letter to Ted Budd talking about digital assets and how they should be dealt with. While the response to the letter cleared a few things, most experts agree that the position of digital securities is still not fully clear.

Many organizations are also jumping the bandwagon. The Swiss Exchange recently announced plans to build an exchange for tokenized securities. According to FINMA, the exchange will be properly regulated.

Most experts believe that the involvement of such big names is a good sign for the industry but we’re not yet sure of how this will play out.

Take a Step Ahead

Tokenized securities are designed to broaden the market while also enhancing liquidity. It’s the same as using a known asset and putting a digital wrapper around it.

It’s not a new product from the perspective of regulators. It’s merely a new distribution channel, which makes approval easier.

On the other hand, it’s a different ballgame when it comes to security tokens. They present a new challenge for investors and regulators as it is hard to figure out the risks and ramifications involved in dealing with them.

Tokenized securities are highly innovative and have their own place in the industry. We may see more such securities hit the market in the near future. It’s actually good for the industry as the huge supply will enable traders to get a grasp of things and understand how it works.

You will realize that a lot of the benefits are similar in nature.

Security tokens offer more liquidity by enabling fractional ownership and lowering minimum investments. More people will be able to invest due to lower requirements. Businesses are also taking advantages. A good example would be Mayfair Gallery, which put its art collection for sale on the blockchain.

Other benefits include transparency and ease.

The Legal Aspect of  Things

Since security tokens are subject to federal regulations, they are compliant. You need to be aware of three regulations:

Regulation A+: This allows investors to offer an SEC-qualified security to non-accredited investors (max $50,000,000). Due to registration requirements, such issuance can take longer and also cost more than other options. Plus, it requires qualification of a Form A-1. Moreover, the amount of money you raise is also considered revenue and hence is taxed unless it represents equity in the company.

Regulation D: This requires an electronic filing of “Form D” without needing registration with the SEC. The seller may solicit investors for offerings that meet the requirements found in Section 506c. This part of the law requires the offerer to be true and accredited.

Regulation S: This comes into play when a security is executed outside of the US and hence is not subjected to the 1993 Act. However, issuers are still required to follow the laws of the country where the security is offered.

What It Really Means

You can draw some analogies when it comes to tokenized securities. Think of print magazines and how they’re now available online. The format is the same but the reach has increased due to more access.

Security tokens work similarly. It’s a concept that nobody saw coming. At the end of the day, both concepts will change capital markets and improve access. However, only one will have a lasting impact and change how we look at capital markets.

Security tokens need space and support to stay strong. It’s important to be clear about what the term means. We’ll, however, not be able to enjoy the benefits of these concepts if we are not able to differentiate between the two. Beyond linguistic differences, what’s more important is vital aspects as liquidity and more institutional grade Reg A+ offerings which will bring more confidence to the market.

Education and investor protection are vital elements of the ecosystem, hence at ABOTMI we work a lot on providing more solutions to increase transparency in digital asset industry. Investors who risk with their time and money deserve a seamless discovery process connecting to the most reliable and trustworthy digital asset advisors across the globe.

Constantin Kogan
Constantin is a venture partner at BitBull Capital, CBO at ABOTMI, and has been a cryptocurrency investor since 2012. He has 10+ years experience in corporate leadership, technology and finance. He contributes to the digital asset space, sharing and value economies.