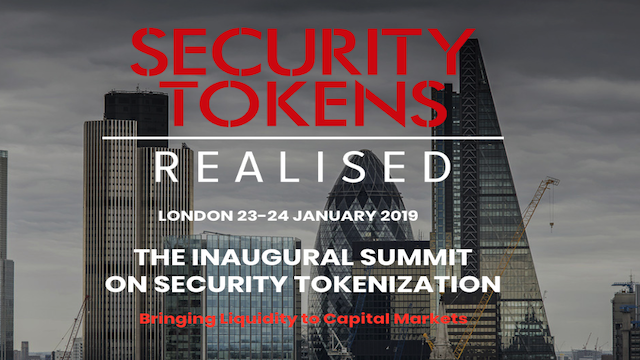 As originally published on: securities.io

The inaugural edition of ”Security Tokens Realised, a two-day event that ran in London from January 23 – 24, brought together a diverse group of 300 attendees representing investors (60% of attendees were investors according to the event organizer), STOs, token exchanges, VC funds, banks, market makers, fintech media, and brokerage and custodial services.

The Tokenist reported a crowd characterized by mature fintech professionals, some from London’s close by financial district, there either to support the security token industry itself or out of curiosity about all the excitement around asset tokenization.

The event included an organized STO pitch session. However, as reported by SecurityToken.it, Security Tokens Realised, unlike numerous crypto conferences held during the ICO craze, was not crawling with founders pitching their project to anyone who would listen. The article’s author, Jochem Gerritse, opined, “Security Token Realised brought professionalism into this space.”

Speakers and discussions panels focused on ways that security tokens can bring liquidity and overhead cost reduction to capital markets, the benefits disintermediation, and the potential for the security token phenomenon to disrupt traditional finance models.