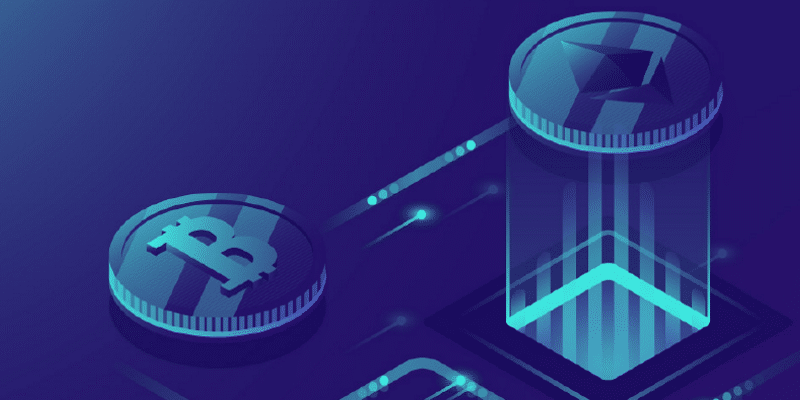 As Originally Published on financemagnates.com

If one counted the most frequently used words on this year’s Consensus keynotes and panels, “adoption” would undoubtedly dominate the list. Harvard and NYU professors, investors, and media executives discussed all possible ways to make the world embrace blockchain.

This comes as a stark contrast to 6-12 months ago when the community, uncomfortable with regulatory uncertainty, would mostly talk about “compliance.” Now that the waters have calmed and the rules of the game became more transparent, tokenization is ready to take over the world. It just has to figure out how.

When we talk about the adoption of tokenized assets, we mean two very different things: 1) thousands of traditional financial institutions and 2) billions of regular people. The chicken and egg argument – which comes first – is on. While the needs, goals, and incentive mechanisms for the two groups differ, some things are similar for both.

This article breaks down what will fuel institutional and individual adoption of digital securities, based on the opinions of professionals we had the pleasure of talking to at the Value.Tokenized podcast and the Security Token Club.

No one needs to know that it’s blockchain

Digital securities protocols, consensus mechanisms, and supernodes are very cool blockchain tech – but no one at your family barbecue cares.

What people care about is a solution that is faster, cheaper, and easier to use than their current one. But even such benefits of blockchain technology as low transaction costs and increased liquidity mean nothing without a familiar user interface.

To transfer funds or invest in a company’s tokens today, you need a basic understanding of how the technology works: crypto wallets, private keys, and signatures. This is not rocket science, but it creates an entry barrier.

“Blockchain will reach mass adoption when no one knows they’re using blockchain,” Stephen McKeon, partner at Collaborative fund (Collab Crypto), explained. “If you had to understand how SMPT worked in order to use e-mail, most people wouldn’t use it, right? It can’t be the case that we force people to understand all the intricacies of blockchain in order to use it.”

Financial institutions are very similar to individuals in this regard.

“Not every institutional investor can open a [crypto] wallet and hold the private keys,” Lucas Ereth, managing partner at GENTWO Digital, added. “What happens if I lose those private keys? Bringing digital assets in a traditional format is really the missing puzzle piece.”

How to (not) get rid of your shareholders in 5 years

In crypto, if your wallet gets hacked or you lose your private key, your asset is gone for good. We all heard stories of unfortunate Bitcoin holders, who wrote down their keys on a piece of paper which later got eaten by their dog.

In a decentralized world, losing your private key means losing your investment. In traditional finance, this would mean losing a shareholder for a company.

Thomas Naegele, a managing partner at NÄGELE Attorneys at Law, put the problem into familiar terms. “Imagine: in 5 years, nobody will be the shareholder of the entity, because everybody will have lost their private keys.”

Still wondering why institutions have trust issues with blockchain?

Inveniam Capital Partners – which recently tokenized $260M worth of real estate assets in the US, including the WeWork building in Miami – offers physical settlement of transactions for those institutional investors unwilling to deal with tokens.

So, what can be done to make a step forward? Collaborative Fund’s Steve McKeon thinks the situation won’t change unless traditional investor protection features will be provided on blockchain – despite the fact that it goes against the immutability aspect that is highly valued in decentralized communities.

Cancel and reissue features are as vital for digital securities to scale as seamless user experience for shareholders.

These features already exist in several projects, including Switzerland-based Mt Pelerin. The banking startup managed to have blockchain recognized as legal shareholder registry. However, it’s not as easy as it seems.

“If a shareholder loses the private key, we have a procedure to cancel the tokens and reemit them on a new address,” Yann Gerardi, VP Marketing Mt Pelerin, explained. “However there will be a cost for this procedure, as it is complex and time-consuming,” he added.

The Initial Coin Offerings boom in 2017 seriously shook the crowd investing market, enabling individuals to invest several hundreds of dollars and get 1000 percent returns in a matter of weeks. Zero entry barriers for both tech companies and investors played a bad joke: some people got rich, and millions were scammed out of their money.

As a result, “serious” companies looking to raise capital and/or invest have almost automatically associate anything crypto related to scams. Some strongly believe that if you’re doing an STO to fundraise, you are simply not good enough for venture funding.

Those who are brave enough to issue their securities on blockchain make it available to a limited circle of investors only. Therefore, retail investors have access only to “third-tier” deals. This is a vicious circle that stops the adoption.

Surprisingly, the solution comes from the top. “It’s just a question of do we get to democracy of assets by starting from the bottom and selling small second or third-tier assets to the retail,” Ami Ben-David, co-founder of Ownera said. “Or does it start from doing it properly with all the protections on the top of the pyramid and then having it flow down.”

At the end of the day, the things that will drive the adoption of digital securities, are not about blockchain at all. Tokenization can’t make a good deal out of a bad deal – but it can make a good deal more accessible, liquid, and cost-effective.

Let’s think about it this way: we are not building a brand new industry with new rules. We are creating a more efficient tech layer for the existing system, shaping the future of finance.

Masha and Xenia Vyazemskaya (also known as the Crypto Twins) are Co-founders and co-hosts at Value.Tokenized and creators of the Security Token Club.