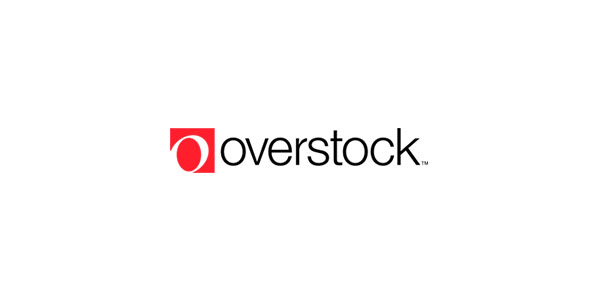 SALT LAKE CITY and NEW YORK, Feb. 06, 2019 (GLOBE NEWSWIRE) — Following the announcement on January 24, 2019 by tZERO Group, Inc., a global leader in blockchain innovation for capital markets and majority-owned subsidiary of Overstock.com, Inc. (NASDAQ:OSTK), regarding the commencement of trading of tZERO security tokens on the tZERO platform, a technology solution for trading digital securities, tZERO provides further information regarding the key events and efforts that led up to this important milestone.

The history of Overstock and tZERO’s leadership in the digital security space is an incremental and iterative journey of innovation that goes back to 2016, when Overstock issued its landmark preferred digital security, the ownership and transfer of which would be recorded on a proprietary ledger that would be distributed using blockchain technology. Once it was issued, Overstock’s preferred digital security was included for trading on the ATS operated by PRO Securities. tZERO provided the technology behind trading of this first SEC-registered digital security in the world. As a further recognition of the impact of this technology, on January 1, 2019, tZERO also obtained a patent for a crypto integration platform. The patent highlights the technological leadership of tZERO in blockchain innovation for the capital markets.

The key milestones in the process leading up to the commencement of trading of tZERO security tokens are described below.

Timeline of Key Milestones for the tZERO Platform:

April 2015: Overstock filed a shelf registration statement on Form S-3 with the U.S. Securities and Exchange Commission (SEC) to register digital securities, with the ownership and transfer of these securities recorded on a proprietary, blockchain-based ledger.

December 2017 to August 2018: On December 18, 2017, tZERO launched a Security Token Offering, which closed in August 2018.  The offering was conducted pursuant to exemptions from the registration requirements of the Securities Act of 1933.  Approvals were neither required nor provided by the SEC or the Financial Industry Regulatory Authority, Inc. (FINRA) for any registration statements, offering documents, or Forms ATS in connection with the offer and sale of securities in the Security Token Offering; tZERO’s trading architecture or platform did not require or receive their express approval in order to trade digital securities or use blockchain technology.

June 2018: tZERO and BOX Digital Markets LLC entered into a joint venture, which is expected to become the world’s first regulated exchange for trading security tokens.  The joint venture is seeking approval from the SEC prior to beginning operations.

October 2018: tZERO completed the issuance of tZERO security tokens to investors who had fully funded signed agreements for future equity (SAFEs) prior to the August 2018 closing of the Security Token Offering.  tZERO raised $134 million from over 1,000 global investors during the offering.  Later that month, tZERO open-sourced its token contracts.

January 2019: tZERO obtained a patent from the United States Patent and Trademark Office for a system that can take orders to trade “digital transactional items” such as securities, tokens, shares, cash, and other assets from broker dealers and then translate the orders into crypto orders on a digital trading platform or exchange.

January 24, 2019: tZERO announced commencement of trading on the platform of tZERO security tokens by accredited investors.

tZERO looks forward to working to continue to innovate in the capital markets industry and develop new capital markets solutions on its own and in partnership with other industry leaders, including in connection with other tokenized assets, such as debt instruments, commodities and real estate.  The launch of tZERO’s security trading platform, utilized by its broker-dealer affiliates and partners, is the latest advancement of Overstock’s global leadership in creating blockchain-based systems to introduce trust through technology to existing global industries and markets.

Overstock’s involvement in blockchain began in 2014 with the founding of Medici Ventures, its wholly-owned subsidiary created to apply blockchain technologies to existing industries to eliminate middlemen, democratize capital, and rehumanize commerce.

Today, Medici Ventures has interests in companies we believe are building the foundation of a “tech stack for society” based on trust systems by introducing blockchain and other related technologies to industries such as capital markets, money and banking, identity, property, voting, and supply chains.

Overstock.com, Inc Common Shares (NASDAQ:OSTK) / Series A Preferred (Medici Ventures’ tZERO platform: OSTKP) / Series B Preferred (OTCQX:OSTBP) is an online retailer and technology company based in Salt Lake City, Utah. Its leading e-commerce website sells a broad range of new products at low prices, including furniture, décor, rugs, bedding, home improvement, and more. The online shopping site, which is visited by nearly 40 million customers a month, also features a marketplace providing customers access to millions of products from third-party sellers. Overstock was the first major retailer to accept cryptocurrency in 2014, and in the same year founded Medici Ventures, its wholly-owned subsidiary developing and accelerating blockchain technologies to democratize capital, eliminate middlemen, and re-humanize commerce. Overstock regularly posts information about Overstock.com and other related matters on the Newsroom and Investor Relations pages on its website, Overstock.com.

tZERO Group, Inc. (“tZERO“) is a majority owned subsidiary of Overstock.com, focusing on the development and commercialization of financial technology (FinTech) based on cryptographically-secured, decentralized ledgers – more commonly known as blockchain technologies. Since its inception, tZERO has pioneered the effort to bring greater efficiency and transparency to capital markets through the integration of blockchain technology.

This press release contains certain forward-looking statements within the meaning of Section 27A of the Securities Act of 1933 and Section 21E of the Securities Exchange Act of 1934 (the 1934 Act). Such forward-looking statements include all statements other than statements of historical fact. Additional information regarding factors that could materially affect results and the accuracy of the forward-looking statements contained herein may be found in Overstock.com’s Form 10-K for the year ended December 31, 2017, which was filed on March 15, 2018, subsequently filed quarterly reports on Form 10-Q, including its Form 10-Q for the quarter ended September 30, 2018, which was filed with the SEC on November 9, 2018, current reports filed on Form 8-K, and any other subsequent filings with the SEC under the 1934 Act.

tZERO is not a registered broker-dealer, funding portal, investment adviser or investment manager and does not provide any brokerage services. tZERO takes no part in the negotiation or execution of secondary market transactions for the purchase or sale of securities and at no time has possession of investor funds or securities in connection with such transactions.  Secondary market trades will be executed by PRO Securities, LLC, a broker-dealer registered with the SEC and a member of FINRA and SIPC, through the PRO ATS.  More information about PRO Securities may be found at www.finra.org.