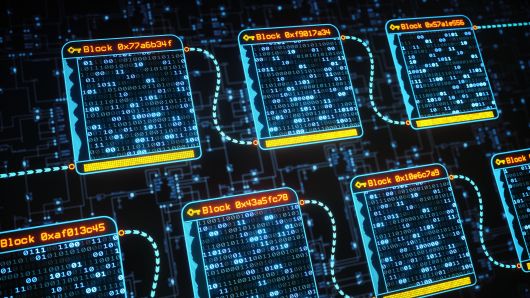 As Originally Posted on forbes.com

Polymath, the leading security token platform, has announced today at Consensus 2019 that they will build “Polymesh,” the world’s first security token blockchain. Charles Hoskinson, co-founder of Ethereum and Founder of Cardano, will collaborate with Polymath, taking on the title of Polymesh’s co-architect.

Until now, Polymath has built its technology solution for security tokens on Ethereum. While there have been over 120 Security Tokens created using the Polymath Token Studio, adoption of security tokens has been minimal. Polymath believes this is due to compliance issues.

“Polymesh is a new security token layer one blockchain. It is purpose built, since security tokens have unique needs and characteristic that demand a specific foundation. Ultimately, we want to marry issuers, investors and regulators together, which is what the layer one architecture is designed to do,” Trevor Koverko, co-founder of Polymath told me.

According to Polymath, Ethereum lacks regulations and compliance, making it better suited to enable “unstoppable applications”. By contrast, Polymesh is being built from the ground up, taking in mind certain considerations to ensure that it will eventually become the underlying infrastructure for the world’s capital markets.

“After co-founding Ethereum and Cardano, two of the most widely used blockchains in the world, I am looking forward to working on Polymesh. There are quadrillions of dollars of financial securities, and building a blockchain to secure them is an incredibly exciting task,” said Charles Hoskinson, co-founder of Ethereum and founder of IOHK and Cardano.

Moreover, according to Hoskinson, it’s important to differentiate the construction of a security token from the ecosystem that it resides in.

All kinds of data are associated with a security that you wouldn’t want associated with a cryptocurrency. It’s not a good idea for security tokens to live in a completely open system. For instance, every time something is done in an open system it becomes a shared resource. However, security tokens are data intensive protocols, which means operating costs will be high, and this won’t scale if we are talking about millions of securities, which we will eventually see. Moreover, things need to be done that you wouldn’t want to be done on Ethereum, like freeze or reverse transactions. So we are at odds with the standard Bitcoin ethos here,” Hoskinson told me.

And while Polymath initially launched on Ethereum, the team was well aware that a layer one blockchain would eventually be needed.

“All the best features of Ethereum are actually bugs for security tokens. We see a coming stampede of security tokens, but it’s more complicated then the first wave of utility coins due to all the regulations, compliance issues, and data,” Koverko told me.

However, while Polymesh isn’t an entirely open system, it’s not a private permissioned network either.

It’s a false dichotomy to say that Polymesh is a private permissioned network or that is has be one or the other. Rather, this is a hybrid network in which we layer systems together. For instance, we can take multiple ledgers and put them together in a way were some of those can have closed settings, but still augment them on to an open system where transactions can occur,” explained Hoskinson.

Providing Liquidity For Trillions Of Dollars Of Assets

Moreover, Polymath has made clear that the issuers on the Polymath platform are responsible for knowing the regulations behind the securities they are creating. While Polymath provides issuers with the logic to build these assets, the next step has been to create a framework to bring these assets to market.

The sole purpose of Polymesh is to build a special purpose framework for being that environment for securities, regardless of the jurisdiction that they live in. And it’s a huge market opportunity, since there are trillions of dollars of assets in emerging economies that are illiquid right now. However, they will be securitized in the next 10-15 years. Polymesh is a perfect example  of how we can build a system with equivalent or even better efficiencies then the western markets, while operating at a lower cost and giving regulators more control over particular assets,” said Hoskinson.

Hosinson also notes that they have been in discussion with regulators, both in the U.S. and in other parts of the world, about securities.

“Most regulators know that regardless of the law they have to understand certain key facts about transactions and the actors behind that. We understand this. However, the biggest challenge regulators obsess about is compliance. A lot of commissioners appreciate that we have to innovate in this space,” said Hoskinson.

You can follow Rachel Wolfson on Twitter and LinkedIn to stay up to date on the latest cryptocurrency happenings.