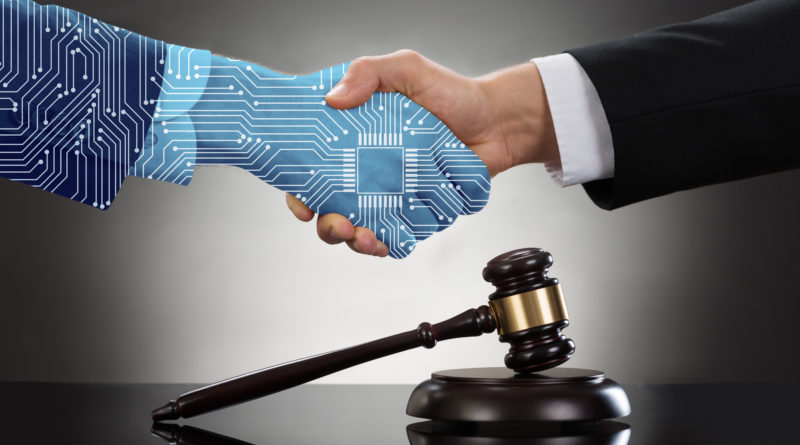 Smart Contracts have become a buzzword, much like “blockchain,” “AI,” or “machine learning.” Smart
contracts are not a new idea. They were first conceptualized in 1994 long before blockchain technology
even existed. However, it was through blockchain technology that smart contract became a reality – and
the implications are enormous. At its core, smart contracts have the potential to completely overhaul
how contracts are created, managed, and enforced by completely cutting out the middlemen. However,
while smart contracts aren’t quite ready to completely cut out the middlemen just yet, it has already
begun to change the world and is continuously improving.

What is a Smart Contract?

A typical contract is an agreement between two or more parties for an exchange of service or goods in
the future. It could be a person paying for automotive repairs, a landlord renting out an apartment, or a
person purchasing life insurance.

What’s different about a “smart contract” is that the entire process is automated from beginning to
end. Computer code is used to check whether or not the conditions of the agreement are met, which
creates trustless execution. This key feature of smart contracts means that no third party is required to
execute various conditions, thus removing the role of all sorts of middlemen ranging from lawyers and
any kind of escrow service. Instead of relying on the law to remedy things when something goes wrong
with the contract, the smart contract executes precisely what is supposed to occur on a date. This
means a future of much cheaper contract contracts due to much no need for human maintenance of
contracts, lowers the chance of fraud due to immutable nature of the contract and greatly speeds up the
process of creating contracts. Most importantly, smart contracts cannot be tampered with or broken.

The potential of smart contracts does not just lie with automation and efficiency. Yes, smart contract’s
ability to automatically and relentlessly execute transactions without human interaction is an enormous
efficiency boon which will lead to much cheaper contracts in the future. However, there are also social
and economic benefits that will emerge from a trustless means of executing agreements. Think of all the
times you shied away from a deal because you weren’t sure if the other party could be trusted. There
have likely been numerous instances where trust has been a determining factor of whether or not to
enter into an agreement with somebody, causing opportunities to be lost or options to be closed off.
Smart contracts don’t care if you don’t know the other party or don’t trust the other party. And that’s
okay! Trust is not required for a smart contract to function because all smart contracts are public
knowledge due to the nature of blockchain – the agreement is posted onto the public ledger of a
blockchain which is then instantaneously copied over to every single member on the chain. This full
transparency means that under no circumstances will there be a “that’s not what the contract said”
moment since it has been recorded millions of times the instant agreement is reached.

This has massive potential for businesses, especially those that have frequent purchases or exchanges
of goods, services, and rights. In particular, smart contracts have enormous potential for overhauling
financial services transactions, of which many still operate on outdated SWIFT messaging systems and
require a considerable number of middlemen to push a transaction through. Smart contracts can also be
used to overhaul processes of companies that have a significant amount of transactions, such as retail
companies or supply chain manufacturing.

Perhaps the most substantial benefit of smart contracts lies with the growing adoption of Non-
Fungible Tokens (NFT’s). An NFT is a token that is linked with any asset, which includes digital and real-
world items, such as a software key or even real estate. As more and more real-world assets are being
tokenized, it grows the types of things that smart contracts and handle. It is possible that a smart
contract can grow to handle real estate transactions or contracts of even larger scales.

While the potential for smart contracts is enormous, it’s essential to recognize that the creation,
monitoring, and execution is done entirely through computer code. There are limitations. This absolute
impartiality means that there are restrictions on what type of agreements can be made and on any sort
of leeway that can be given on infractions. In traditional text contracts, a party can easily excuse a
breach by not enforcing penalties – which businesses often do to preserve a long-term relationship.
Similarly, a party might be willing to accept partial performance to be equivalent to full completion. This
type of ad hoc enforcement is much more challenging to create on smart contracts, which can make the
automated execution of smart contracts align poorly with how many businesses operate today.

Amending a smart contract is an endeavor, but this is also due in part to design. Nevertheless, if an
error is discovered on the agreement or costs spiral to be more than expected, amending or terminating
the smart contract is extremely labor intensive, especially since smart contracts cannot be terminated.
Amendments can require a new contract to be made to reverse what the original contract enforces.
That said, some projects are tackling ways to make smart contracts easier to amend or terminate now.

The potential of smart contracts is huge. They can dramatically shift how many businesses conduct
operations today, and it greatly expedites the end-to-end process of managing contracts. It has the
potential to shave away the layers of middlemen involved with creating, maintaining, and executing
contracts – which translates to substantial cost savings for consumers and businesses. However, it’s
important to recognize that smart contracts are enforced by machines – which means that the terms are
absolute. The leniency that people and businesses can give each other is gone, and the smart contracts
are still limited in what they can account for. Nevertheless, smart contracts are a key piece of
technology to follow as it undergoes future improvements and iterations.